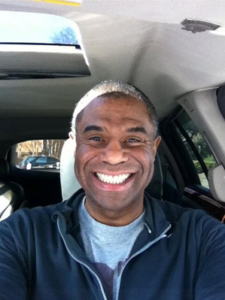 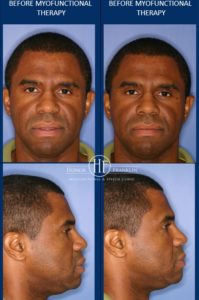 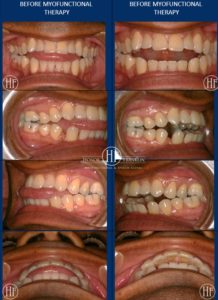 In 2013, Gerald was referred back to me by Dr. Alexander when he was 49 years old and although he initially had been diagnosed as an orthodontic surgical case, the orthodontist thought he could correct his occlusion orthodontically with Orofacial Myofunctional Therapy (OMT) without jaw surgery.

The first set of photos below were taken in 2013 at his evaluation. 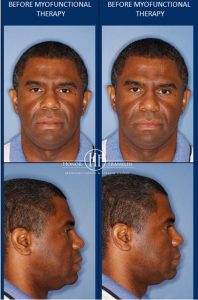 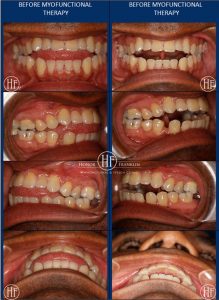 Below, the second set of photos were taken in June 2014 when orthodontic treatment was initiated.

Below, the third set of photos were taken in November 2014 and demonstrate his progress.

Below, the fourth set of photos were taken in 2016 when he completed Orofacial Myofunctional Therapy (OMT) and orthodontic treatment.

Like any other exercise based treatment program, it’s effective for patients of almost any age but I have found success is dependent upon two main ingredients:

I will teach you exercises in orofacial myofunctional therapy and you will go home  and master them by practicing them three times a day.

Why three times a day?

In Orofacial Myofunctional Therapy, we are dealing with habit and reduced muscle strength. We are training muscles and some of these muscles you have never used before. Muscles don’t have a memory unless you use them. Most of my patient’s muscles are weak and they have habits that are harmful but are strongly ingrained. Repetition strengthens muscles and repetition makes a habit. My goal is to get my patients in and out of therapy as soon as possible so they can go on with their lives and I have found by them practicing their homework exercises 3x a day, we are able to achieve this goal!

Progress in therapy is gradual ~ again, no “magic wand”, ~ but you will see progress if you are compliant in practicing your homework exercises as prescribed and if you follow the allergist and ENT recommendations.

Throughout therapy, photographs and measurements are taken so you can see your progress. 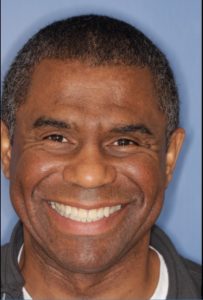